NVIZ was first contacted in December 2019 by Michelle Kratchman, Creative Director/Head of Art & Broadcast AR/VR Design at Verizon Media Studios. Michelle was exploring a new production method for their online broadcasts, and asked us to design and build two virtual studios for a test shoot.

What started as a brief to build two virtual studios developed rapidly and resulted in NVIZ designing and animating in-show graphics and also creating the show’s title sequence entirely in Unreal Engine. 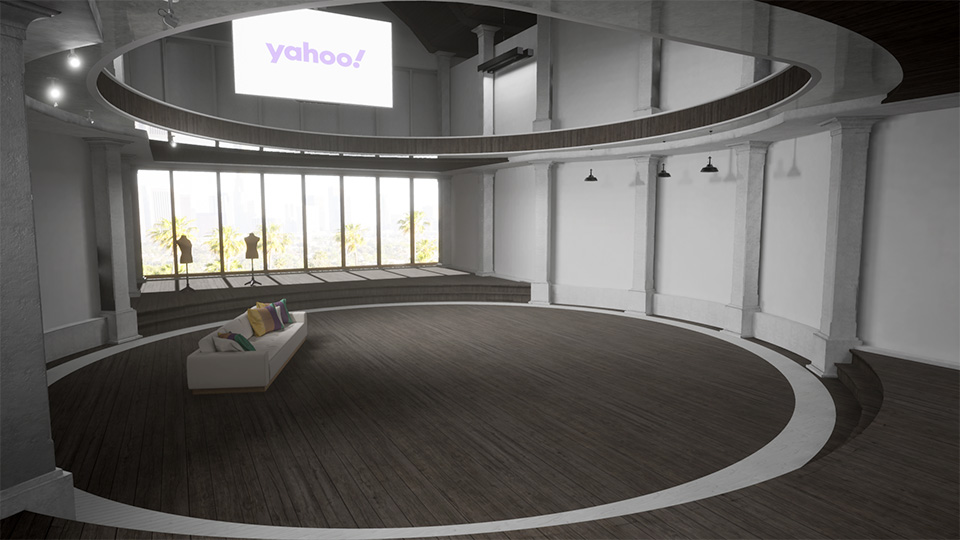 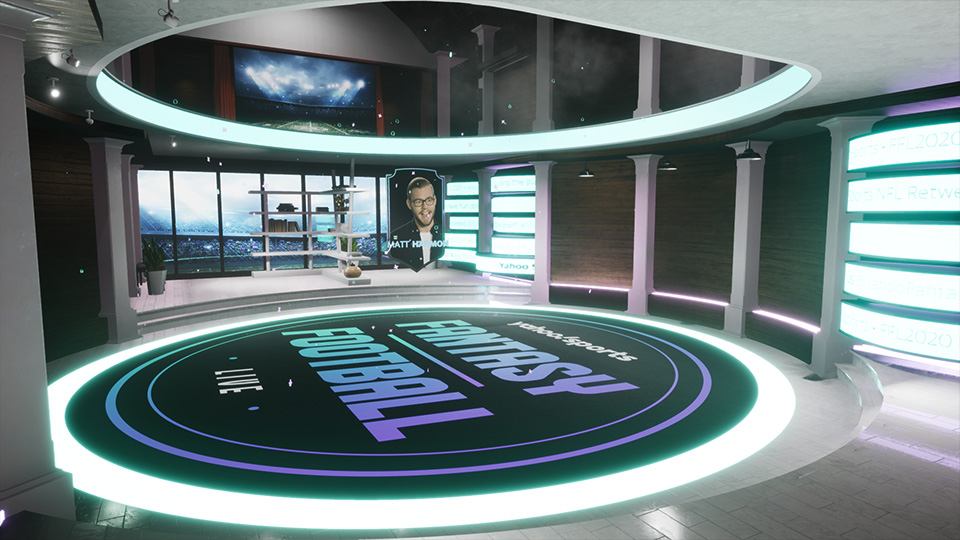 The Virtual Studio idea was proposed in part due to an increased demand for stage space, but also to potentially increase production value for some of their smaller shows with a fraction of the set up time and cost of a traditional studio setup.

Our solution put the creative control into the hands of these various potential users by delivering two bespoke virtual sets. These sets were fully customisable and could be tailored to each specific Verizon Media Studios brand and audience by the client in real time. Each set was designed to maintain its own sense of architectural identity and personality: Studio One was built to mimic a studio loft, emulating an angular white walled gallery space with a beamed ceiling, whereas Studio Two was built around a more circular, modern, open plan layout.

It wasn't just the architecture that provided the user multiple options - lighting rigs could be adjusted and the view out of the windows could be swapped out to locate the sets anywhere in the world. In addition to this we provided a large library of props to populate and dress these virtual environments, and with simple tools to operate them. These props allowed for specific branding, for example displaying custom media in various screens, or in the case of lights and lamps, the easy adjusting of intensity, angle and colour; mimicking the functionality of a real studio setup. 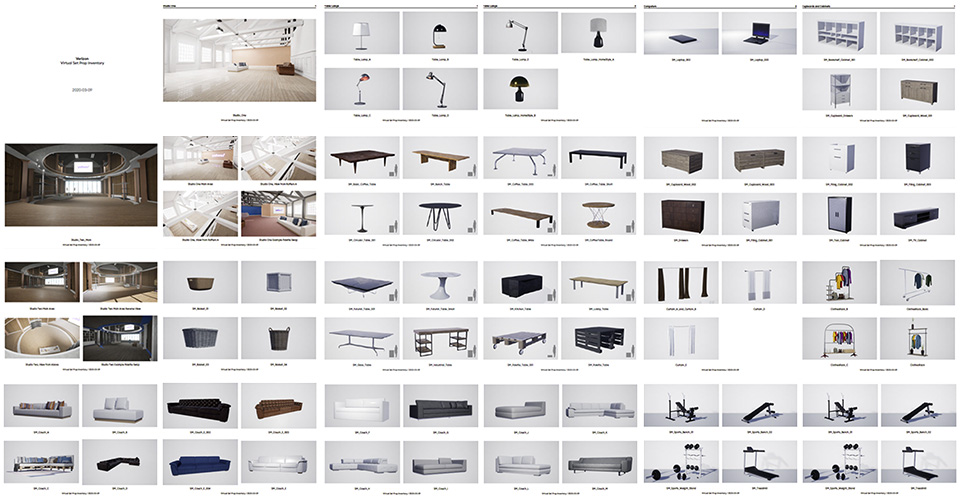 Fantasy Football League, a weekly programme hosted by Yahoo! Sports, focuses on the discussion and comparison of player performances and statistics in relation to Fantasy Football squads. It's the home to a roster of different presenters and many special guests.

The FFL design team, having used the customisable features on offer, made a branded version of Studio Two, and we were then tasked with designing the show's new flagship digital feature, the animated player trading cards for the full NFL roster. These cards are a slick visual representation of the various stats and features to be considered when drafting a fantasy football team selection. 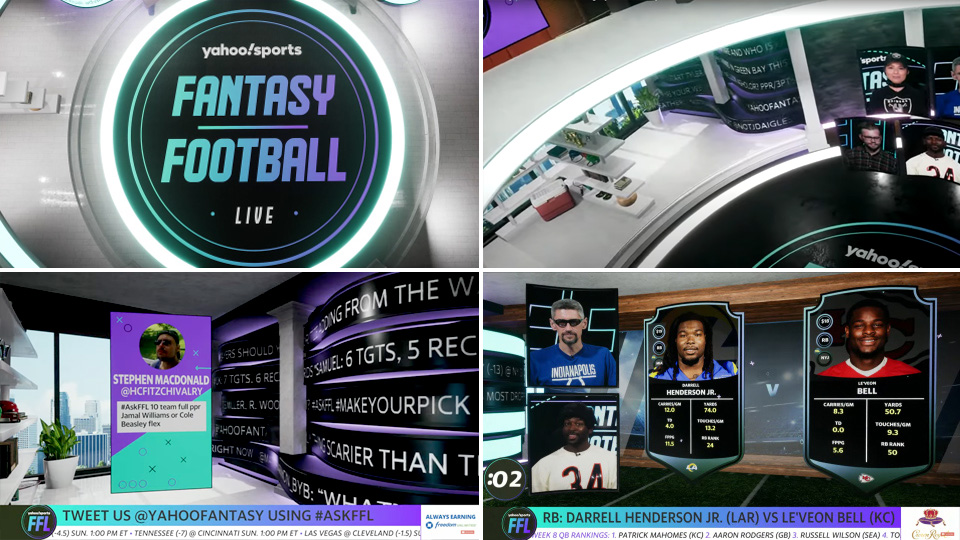 Working closely with Pedro Daub, Software Specialist and QA Engineer at Brainstorm, we implemented the technical data integration using a simple to edit database. This system was built with the ability to easily add or remove players, to change their names or update their headshots all simply by changing data in a spreadsheet.

Graphics for inside the show began to feed back into other aspects of the design, including the player cards and other show data, which again were fully customisable on-the-fly using our templates.

Finally we were asked to design and animate the show's title sequence. This intro, a dramatic reveal and exploration of the studio set, was built entirely in Unreal and edited using Sequencer. The delivered sequence was unusual in that it could be run totally 'live' from Unreal Engine 4, enabling the broadcasting team to swap out any element, including names, photos and sponsors for the show, on a weekly basis.

Combining a technical approach with a customisable but distinctive aesthetic, NVIZ was thrilled to help provide a forward thinking solution to online broadcasting, especially during a challenging 2020, which made more demands of the virtualisation process than ever before.