Set in Victorian London, Netflix’s The Irregulars follows a gang of troubled street teens as they solve crimes for the sinister Doctor Watson and an elusive Sherlock Holmes. The overall VFX Supervisor was Richard Briscoe, and Adam Rowland was the Associate VFX Supervisor. NVIZ’s Head of Visualisation, Janek Lender and VFX Supervisor, Moti Biran, led the internal team.

A key Previs sequence for NVIZ was the ‘Rip’ effect in episode 8. In this pivotal scene a mystical character, the Linen Man (who has been meeting with one of the teens, Jessie) opens a tear in space and time. The large pulsating rip is opened inside a dark cave and illuminates the environment with the electric blue light that emanates from it. As the scene progresses, the rip grows, changing the effect of the light. The Previs for this sequence was planned carefully to fully understand and plan the lighting on set, and the effects that were based around it. 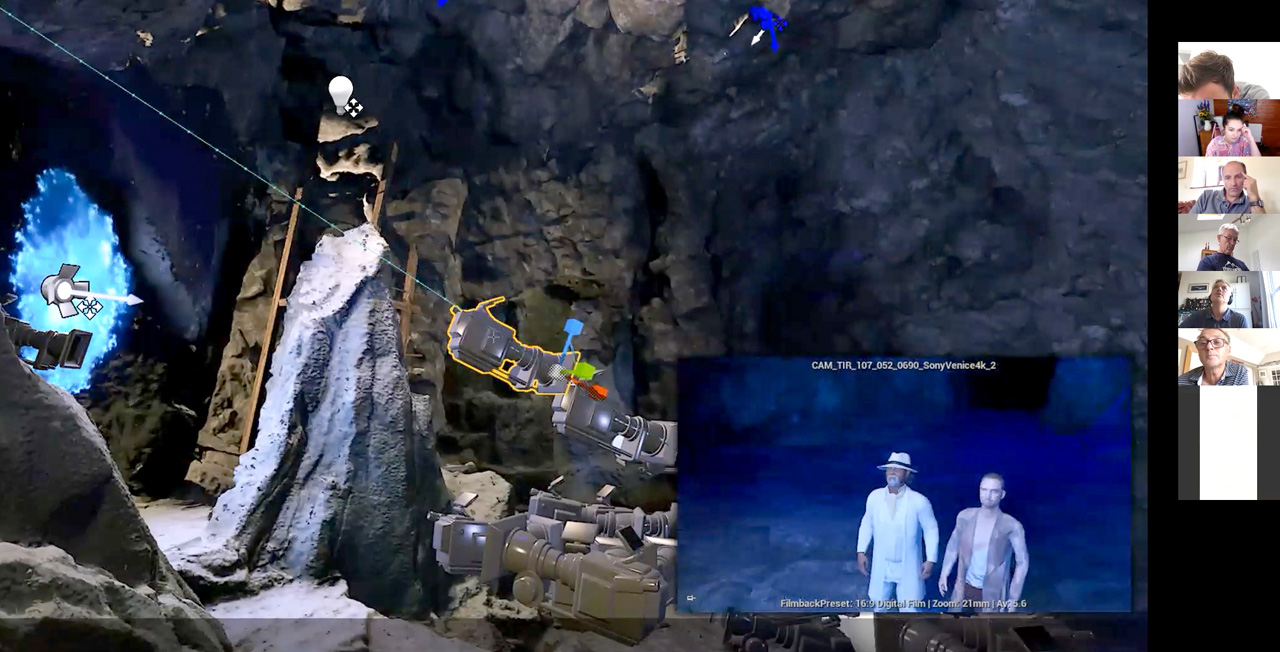 Unexpectedly, live remote virtual production also played an important role in the meticulous planning brought to bear on the shoot, which had to be paused temporarily because of the pandemic. NVIZ offered the production the option of live remote sessions to create the Previs, blocking out the sequences in real time over a series of video calls. “We knew we could offer this kind of service,” recalls Lender, “but this was the first time where it was the only way to create the Previs, so that added an edge to it!”

“None of us expected it to work as smoothly as it did so thanks to the team for making the online pre-vis sessions fly!”
Joss Agnew - Director, (Eps 3, 4, 7 & 8)

The Previs was used successfully on set via Ncam, which was run by NVIZ’s Virtual Camera Operator, Eduardo Schmidek. This on-set visualisation enabled the Director and Camera Operator to match the framing established in the Previs sessions by overlaying live, looping animation of an early look-dev of the Rip.

The team at NVIZ was also tasked with completing set extensions for several sequences taking place in a swamp in Louisiana, manufacturing the background itself from a set of 4K plates that had to be stitched together to create a 360 degree moving cyclorama. 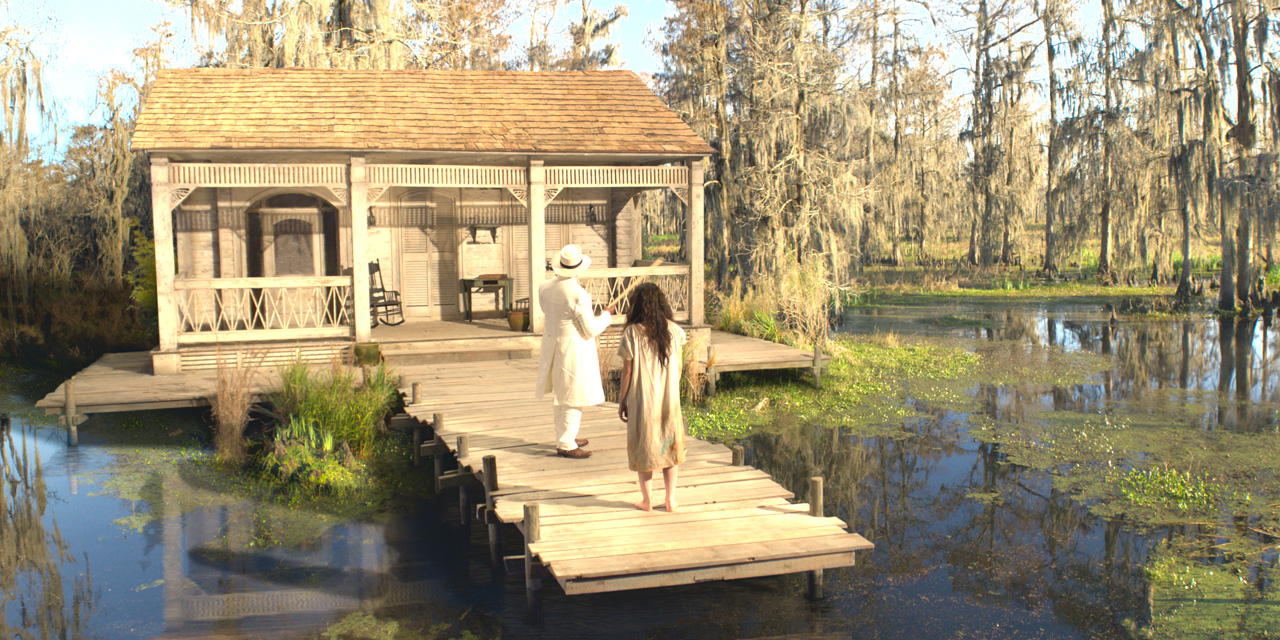 The Foundry’s CaraVR was used to create three sets, one for each camera angle, of two 16K plates to be used as background. Each angle was manufactured from a set of eighteen 4K plates. Due to the nature of the environment shot, which contained a lot of vegetation and spanish moss, additional cleanup work had to be carried out where CaraVR couldn’t resolve the issues. These background elements were later used to extend around 80 shots taking place in the Louisiana Swamp.

The same sequence called for a swarm of moths as a means of transport for Jessie. The team has created a moth model that was textured and animated, and implemented it through a simulation of a swarm coalescing around her, and dispersing away from her in an explosion of movement, when changing the location to the swamp. 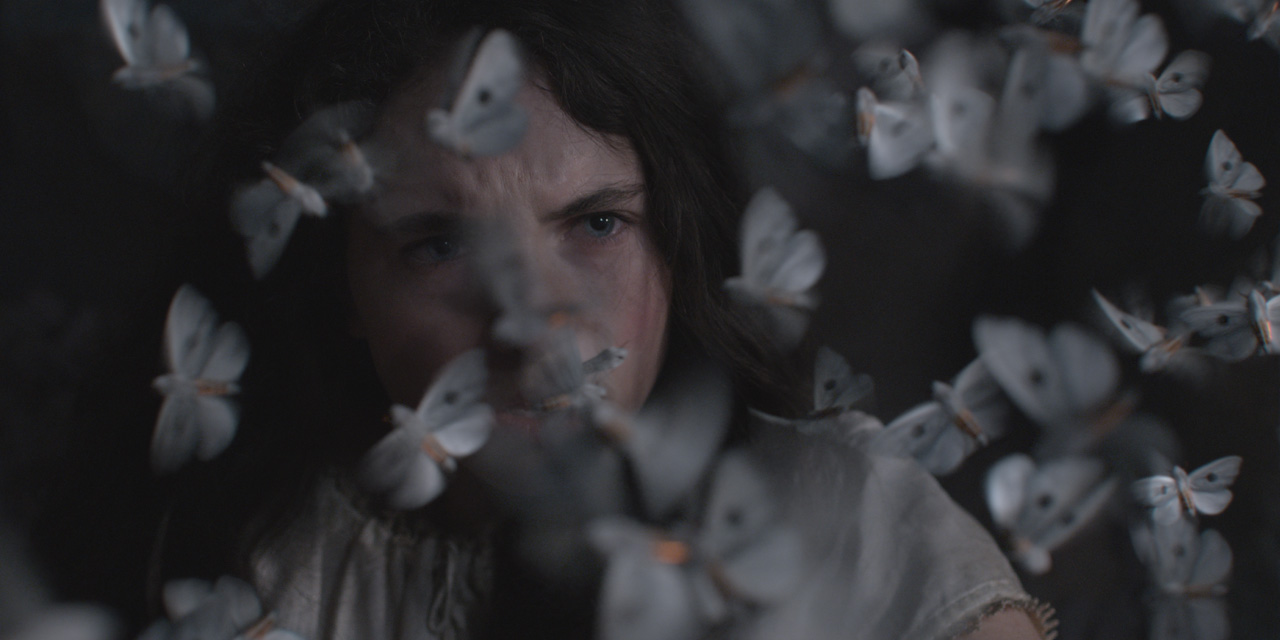 Another major sequence called for a substantial addition of fog to a night-time street scene, the team used a combination of grading, and fog and mist elements in order to create the desired effect, taking care to lessen the amount as the sequence progressed, in order to mimic the effect of the fog dispersing as time passes, and adjusting the visibility of elements moving into and away from the camera.

The NVIZ team were delighted to work closely with the production on The Irregulars. Like many productions in early 2020, progress had been hindered by the onset of Covid-19 and the many implications for live filming. It was gratifying to be able to assist the production to move forward to carefully plan the shoots in a safe and efficient manner.

“The innovations that NVIZ brought to bear were vital in formulating the artist blocking, general coverage, key “hero” shots, approximating the amount of CGI we were going to need to budget for and getting an overall feel for pace and rhythm of the scenes.”
Joss Agnew, Director - The Irregulars (Eps 3, 4, 7 & 8)

Read more about our work on The Irregulars in this AWN article.