Getting involved during pre-production, NVIZ worked alongside Director James Watkins and Producer Paul Ritchie to help tell the story of the Godman family. Initially brought on board to provide VFX, we also created on-set and post-production screen graphics as well as developing ideas for the title sequence and the show’s logo.

NVIZ created detailed screen graphics throughout the series to help visualise the thread of money, information and power moving throughout the criminal world. We populated offices with screens to help support the narrative, from FSB surveillance rooms to high-end Hedge Fund offices. In Post-production, shop fronts, billboards and advertising were redesigned to help situate the action in the correct countries (including a Russian advert for our own NVIZ branded beer). 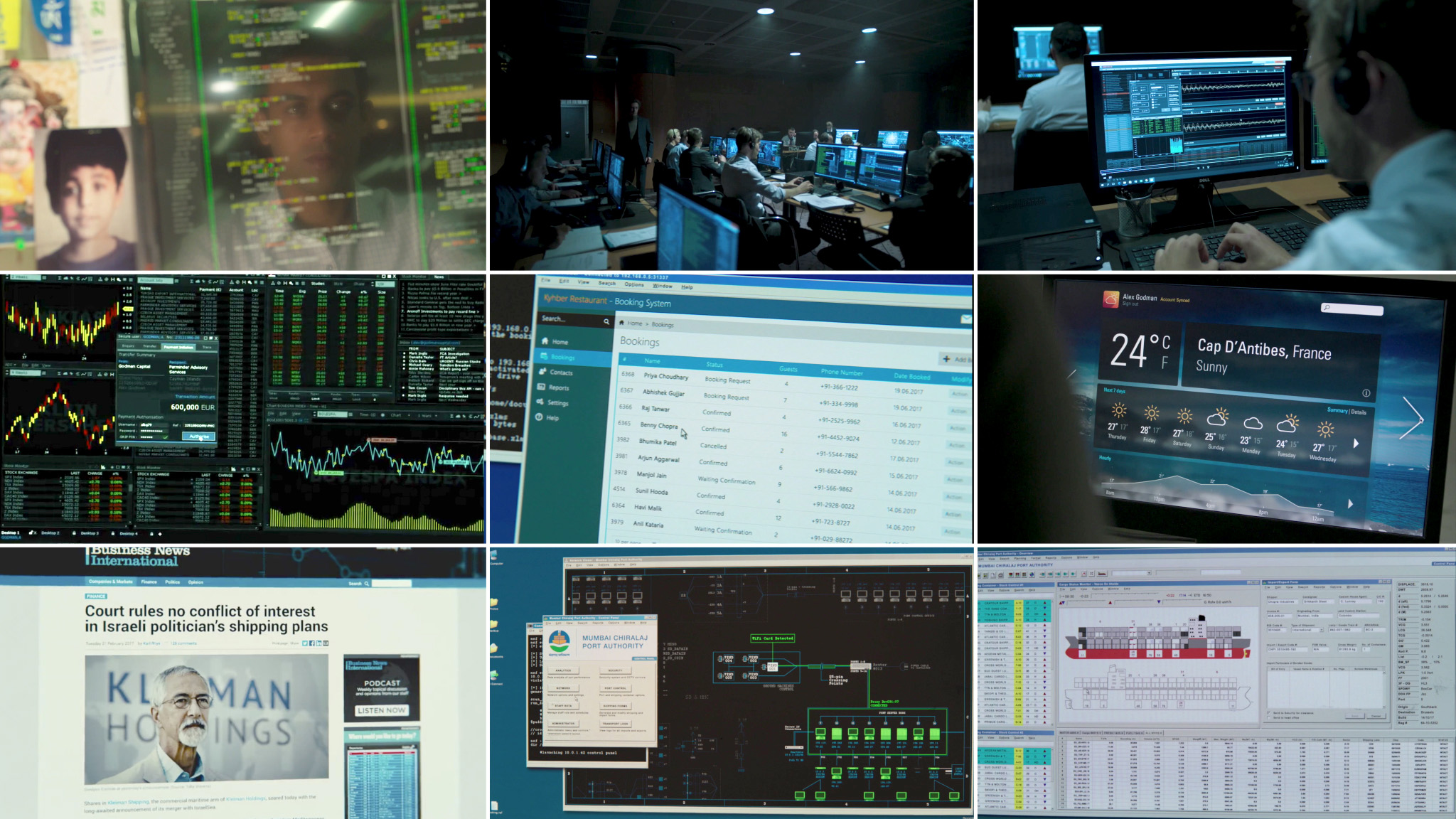 Early in the Production we were asked to come up with styleframes and ideas for the title sequence, which then informed the crew as they shot extra aerial footage around the world. This then fed back into our edit, and the idea of the ‘red thread’ - tracing the money as it travels throughout the world - was formed. In addition to this we designed multiple options for the McMafia title card, with the Director eventually picking one informed by pharmaceutical design, which he felt best reflected the impersonal nature of global organised crime. 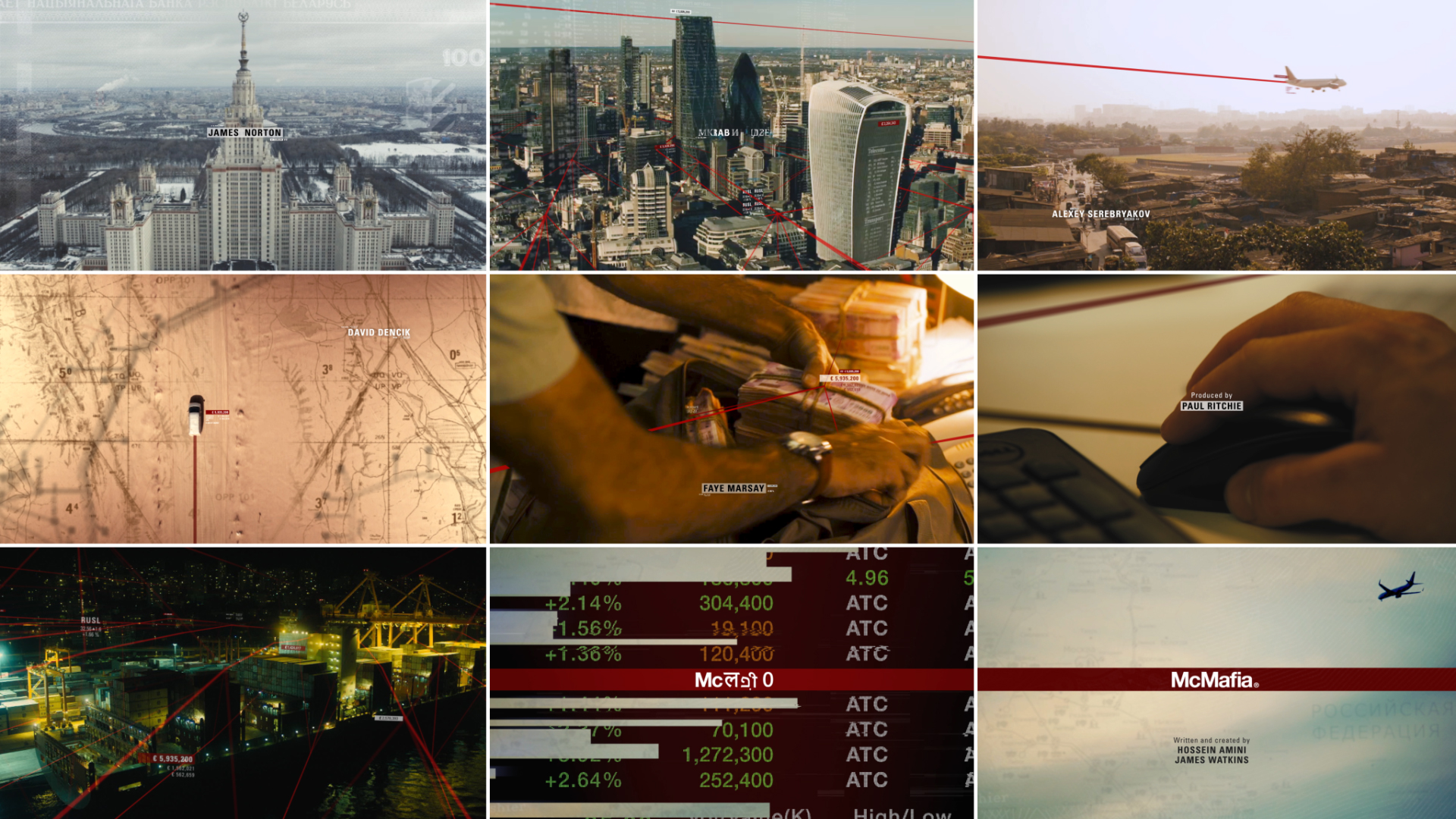 As the sole vendor on McMafia the team at NVIZ completed over 240 shots spread over 8 episodes. 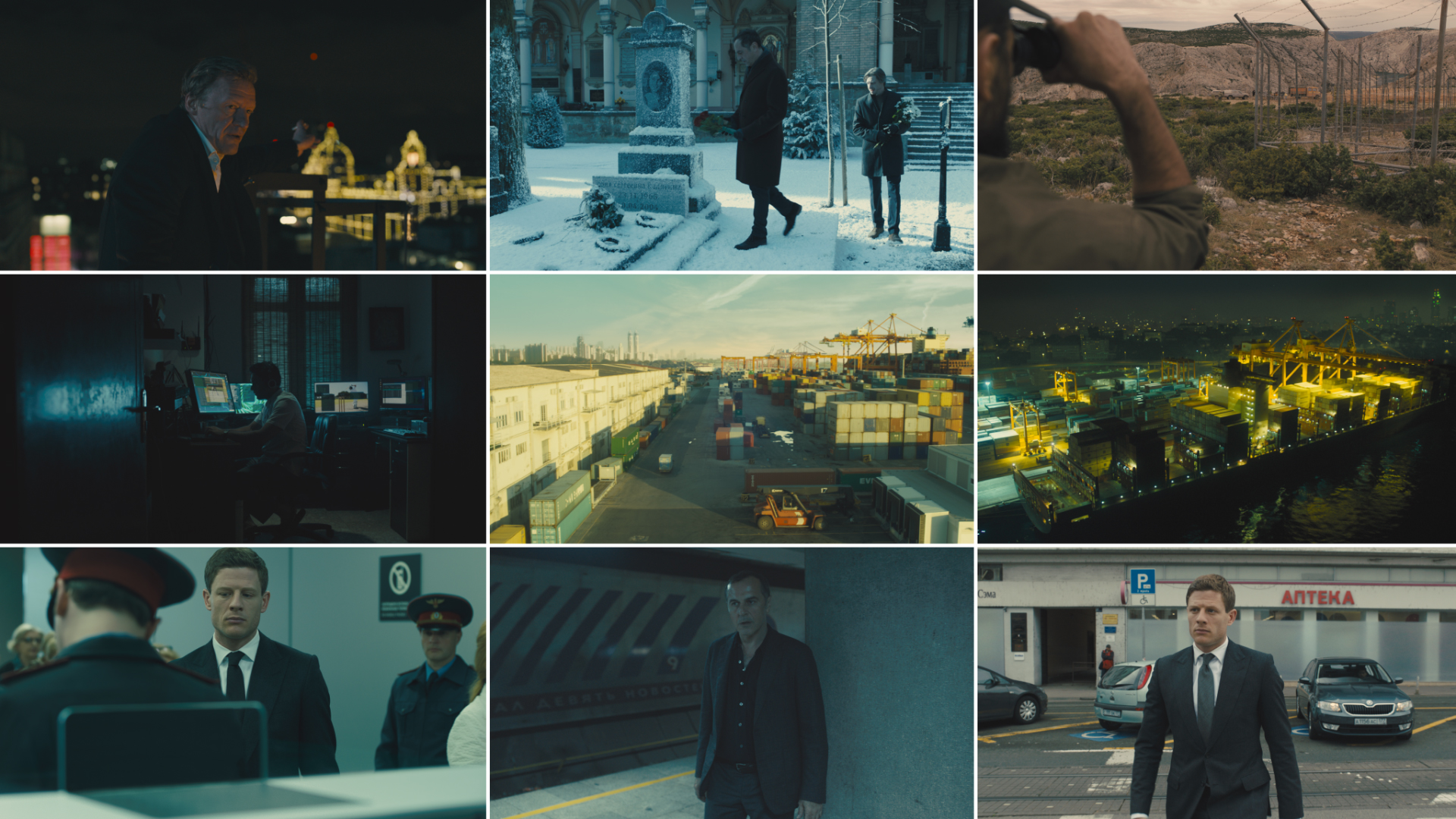