NVIZ produced over 40 minutes of Previs for Life, and we were central to the creation of several of the most challenging sequences of the film.

For the opening sequence, a five minute single shot, we worked closely with the Director (Daniel Espinosa), the DoP (Seamus McGarvey), and the VFX Supervisors (John Moffatt and Tom Debenham), to create an intricate winding camera, which introduces the weightless environment of the ISS and each of the six characters in the film, as well as intermittently looking through the windows of the ISS at the beautiful view of Earth below.

The challenges involved in shooting this sequence, with the constraints of the set and the wire work of each actor, as well as the limited space within the tight set for the camera head and crane, required extensive technical visualisation. Working from the Previs and creating detailed solutions for the shooting of the 14 setups required to create this seamless looking shot, placed us at the centre of the film making process.

For the Golovkina Spacewalk sequence, we faced different challenges. We needed to create a compelling, beautiful, immersive experience.

Using wide lenses to capture the grandeur and scale of the ISS framed against Earth, and then longer lensed, closer cameras, to experience the journey of Golovkina as she traverses the space station from one end to the other, followed by an intense race for time as she tries to escape Calvin and get back to the airlock, this sequence was a more creative exploration which we’re happy to say was shot precisely to the Previs edit.

Led by our Virtual Camera Supervisor Hugh Macdonald, NVIZ provided and supported the Ncam system on set through out some of the shoot. Working with assets provided by our Previs Department, the technology enabled the Director and DoP to visualise in real time the movements of the actors in the correct context of the CG ISS set. 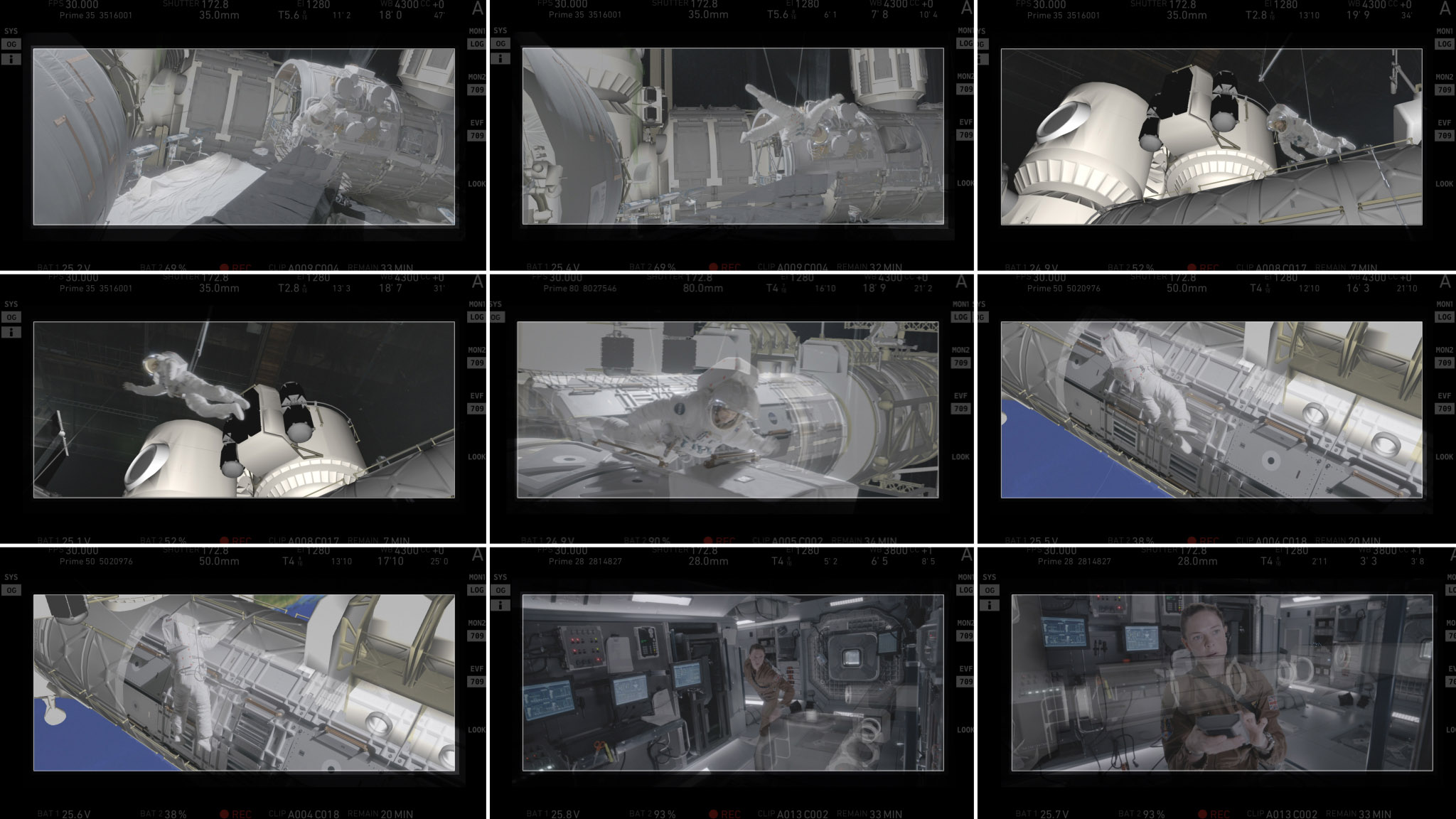 In addition to Previs, we also delivered over 150 shots in Post-production, including CG Helmets and extensive wire cleanup.
Life on IMDB.
Credits