The new Apple TV+  series, Foundation, is based on the cerebral trilogy of science fiction novels from Isaac Asimov. Starring Jared Harris (Mad Men, Chernobyl, The Terror) Foundation is described as a complex saga of humans scattered on planets throughout the galaxy all living under the rule of the Galactic Empire. The story centres around Harris’s character, Hari Seldon, who after he predicts the decline of humanity, gathers top scholars and scientists on a bleak outer planet where they are intent on preserving the best of art and science as the basis of a new society. It’s a huge concept, and naturally presented a complex challenge to the team tasked with visualising this enormous galaxy. 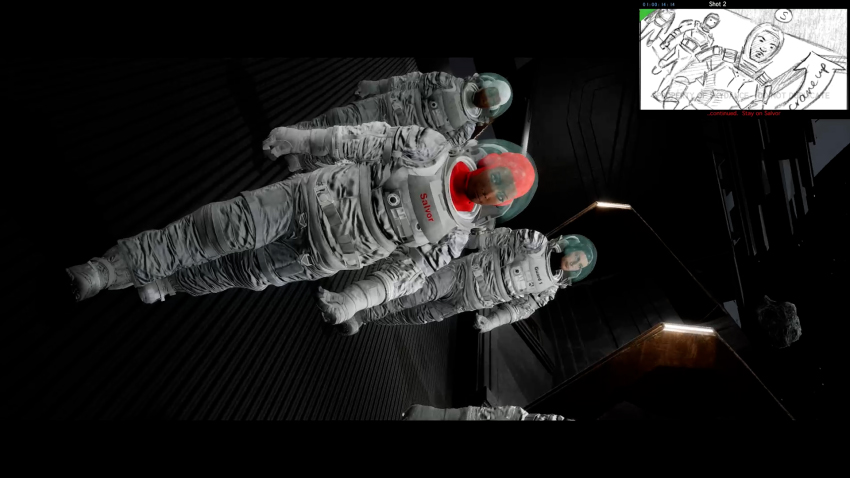 NVIZ came on board in November 2020, when VFX Producer Victoria Keeling reached out to them to previs a critical sequence. Having worked with us on Life in 2017, Keeling knew that NVIZ had the right skills and approach for the job, which required a herculean three week turnaround. The sequence which took place in a giant space dome, involved a large group of characters traversing the outer section to reach the airlock. However, they are coming under fire and must dodge laser guns to make the journey safely.  Knowing from the boards that this sequence would be a challenge, VFX Supervisor Chris MacLean was keen to work out the action carefully in previs.  With only one set and multiple characters, production used the French Reverse technique (also known as French Turnaround) to derive maximum efficiencies from the environment and set ups. 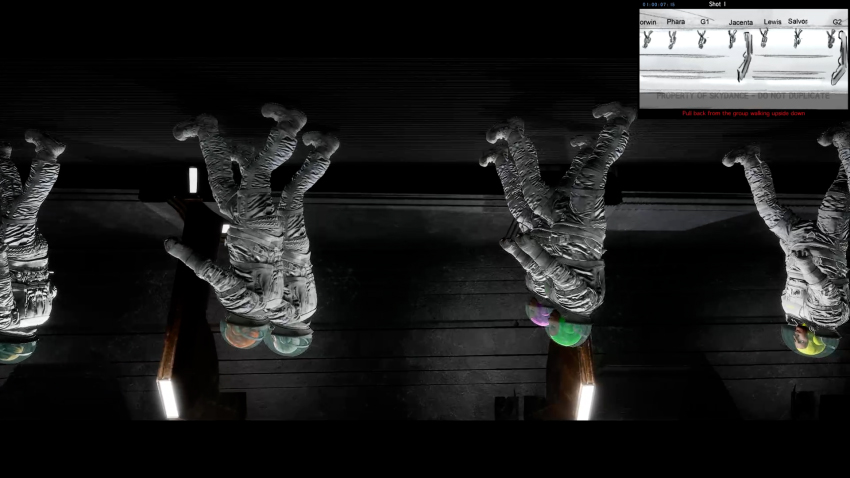 The Foundation previs was created in Maya and Unreal Engine. Because of the large numbers of characters at play, one of the first things the team did was to colour code the characters and create a cheat sheet to identify them in the complex choreography. The team, led by NVIZ’s VFX Supervisor, Richard Clarke, used our substantial mocap library for the animation. By working closely with production, the previs became a crucial tool in pre-planning to design the best camera moves, identify what could fit in and understand the flow of action. The precise and clear feedback from MacLean helped the process to move along smoothly. 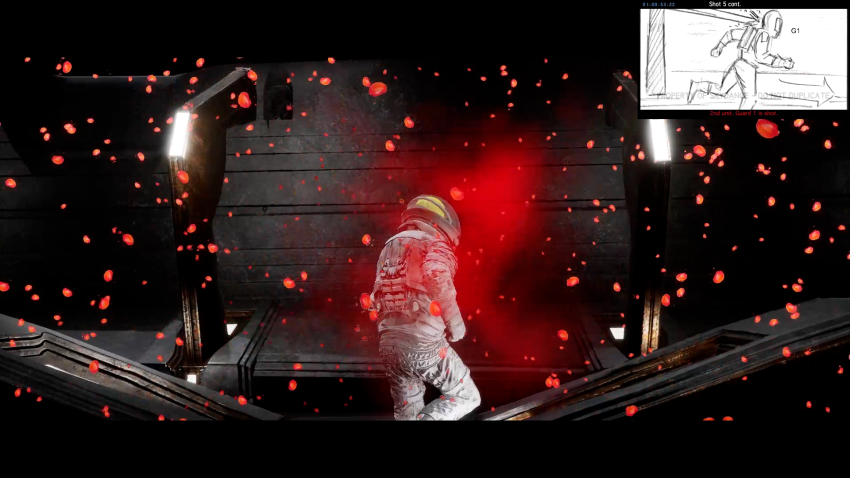